Prime Minister, Mark Rutte paid a special visit to the stand of MTSA Technopower at the Hannover Messe. On the picture MTSA CEO Loek van Veggel gives further information about the 2MW PEM fuel cell power plant which has been designed and built by MTSA Technopower for the company Ynnovate in China. The power plant has recently been accepted by Ynnovate in Arnhem and will be shipped shortly to Yinkow, China. In this project MTSA Technopower cooperates with AkzoNobel and Nedstack. 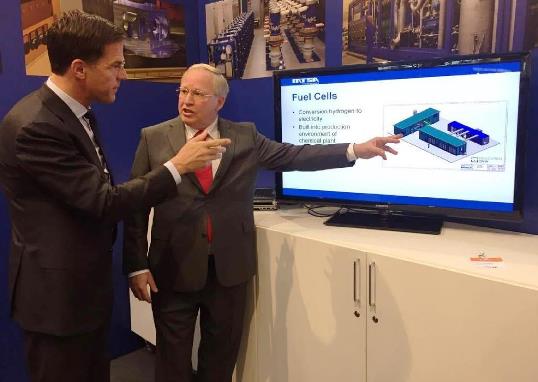