Recently the fermentation work stations for the new DSM Biotechnology Centre were commissioned by MTSA Technopower. In 2014 a prototype was made. DSM conducted an extensive test program with the prototype and gained user experience. After final approval of the design the fermention work stations were taken into production by MTSA. These have recently been installed in the new lab. In addition to the fermentation work stations a significant part of the lab infra structure and auxilliary equipment related to these workstations was installed on-site, resp. delivered by MTSA Technopower. 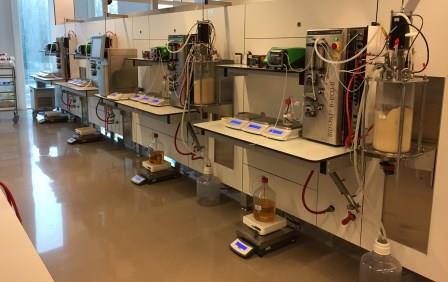